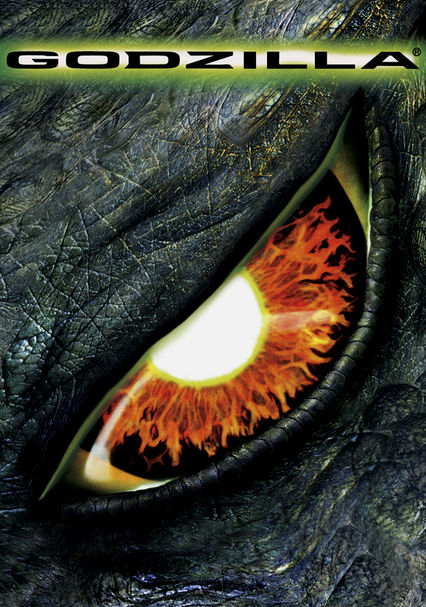 1998 PG-13 2h 19m Blu-ray / DVD
When a freighter is attacked in the Pacific Ocean, a team of experts, including a biologist and two scientists, concludes that an oversized reptile is the culprit. Before long, the big lizard is loose in Manhattan, destroying everything in sight.

Parents need to know that Godzilla is the bombastic 1998 Hollywood blockbuster update of the 1956 Japanese film. This time giant Godzilla -- a mutated lizard created as the result of a French nuclear test -- roams Manhattan looking to lay eggs, destroying buildings and crushing cars in its path. Four French soldiers are killed by little Godzillas spawned from the eggs giant Godzilla lays in a nest at Madison Square Garden. The combined U.S. military forces, aided by the French foreign intelligence agency, deploy powerful weapons to subdue Godzilla (including bombs, air strikes, and torpedoes in the Hudson River), and there are lots of suspenseful chase scenes that could be too much for younger viewers -- with angry Godzillas chasing panicked humanity throughout the streets of Manhattan. There area a few jump-out-at-you surprises and many tense moments, and some smoking, particularly by the Frenchmen. Everything and everyone is super loud, but main characters somehow find a way to escape the gaping, drooling maws of the CGI monsters.

Much of Manhattan is destroyed by Godzilla, and the parts that aren't destroyed by Godzilla are destroyed by the U.S. military, with clandestine assistance from the French foreign intelligence agency. Cars are kicked, thrown, and crushed by Godzilla, the military sends air strikes, explodes bombs and shoots torpedoes from a submarine in the Hudson River. And the little Godzillas, spawned from the eggs laid in a nest at Madison Square Garden by giant Godzilla, kill four French soldiers. Lots of suspenseful chase scenes that could be too much for younger viewers -- with angry Godzillas chasing panicked humanity throughout the streets of Manhattan.

Be careful with nuclear testing -- you could create a monster.

With members of the French military in the story, you know there's going to be some smoking.