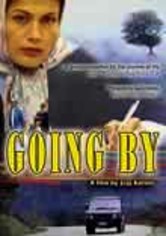 2001 NR 1h 26m DVD
After spending years as a prominent film critic in Iran, Iraj Karimi climbs into the director's chair, marking his feature-film debut by following four separate cars making their way from Tehran to the northern countryside on the same day. While each of the characters profiled has his or her own motivations for the journey, the snippets of conversation they share reveal a commonality that binds them together.