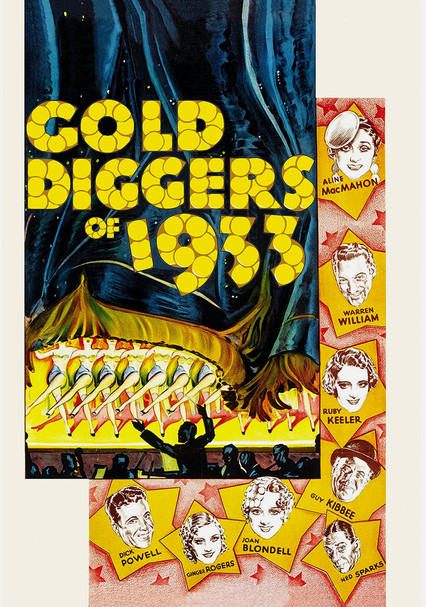 1933 NR 1h 36m DVD
Hollywood's musical master Busby Berkeley choreographed this lavish comedy starring Joan Blondell, Ruby Keeler and Aline MacMahon as three showgirls looking for financial backing for a new production. A young songwriter (Dick Powell) offers to put up the cash, but when his blue-blooded family discovers what he's up to, they plot to ruin his plans. This hit film received a Best Sound Oscar nomination and was selected to the National Film Registry.