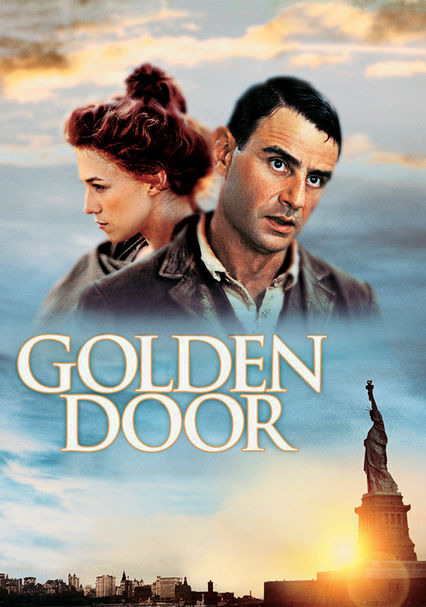 2007 PG-13 1h 58m DVD
In this sweeping immigrant's tale from director Emanuele Crialese, Sicilian widower Salvatore Mancuso (Vincenzo Amato) leaves behind everything he knows to pursue a better life in America at the dawn of the 20th century. With his sons in tow, Mancuso survives the harrowing Atlantic crossing only to suffer more hardship and humiliation on Ellis Island. But along the way, he finds romance with a mysterious Englishwoman (Charlotte Gainsbourg).

Parents need to know that even though this subtitled period drama is rated PG-13, it's actually quite tame in terms of language and nudity (a communal shower scene at Ellis Island shows everything except genitalia, but it's not at all sexual), so there's little to worry about there if older tweens and young teens are interested. That said, the story is an unvarnished look at immigration, and some scenes can be disturbing (passengers get crushed during very rough seas). Also, some of the immigrants' experiences -- from why they married strangers to the strange questions they had to answer at Ellis Island -- may need explanations.

Salvatore and Lucy flirt, but only through looks. A young man sneaks into the women's area in steerage and surreptitiously smells a sleeping woman's underwear -- while she's still wearing it. A few scenes at Ellis Island show both men and women naked (everything is visible except for genitalia) in communal showers.

When the ship hits rough seas, third-class passengers are viciously thrown about in their crowded spaces; some are crushed to death, and the resulting aftermath is dismaying/upsetting. Occasionally, two brothers swat at and shove each other.

Nothing more colorful than "idiot" and "blockhead."

Salvatore is a protective father who remains respectful of others while trying to safely usher his family to the new world. Some passengers speculate that the mysterious Lucy is a prostitute. Passengers loot belongings left by those who died during the journey, and men size up women like cattle and lay claim to them in a dubious matchmaking process. A young boy is treated as though he's useless simply because he refuses to talk.

None, except perhaps a nostalgic pitch for that land of plenty, America.

Some immigrants smoke cigarettes. Bottles of wine are brought on the ship as possessions.