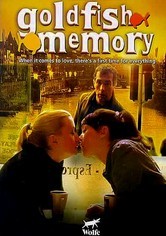 2003 NR 1h 28m DVD
In this comedy set in contemporary Dublin, Clara (Fiona O'Shaughnessy) is stunned when she finds her boyfriend kissing someone else (Fiona Glascott), setting in motion a string of romantic mishaps for the heartbroken woman and several other lovelorn characters. Marriage, casual encounters and everything in between are explored by this group of relationship-challenged people who ultimately just want the same thing: someone to call their own.