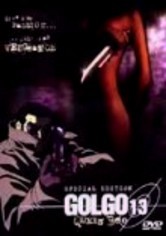 1998 NR 1h 0m DVD
At the behest of a powerful American presidential candidate, professional assassin Golgo 13 finds himself hunting down a dangerous South American dissident known simply as "Queen Bee," a woman whose zest for violence rivals her passion for sex. But is Queen Bee truly in bed with the candidate's rival opponent, or is there a more sinister connection between Golgo's target and the man who originally hired him?