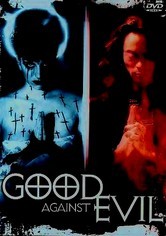 1977 NR 1h 30m DVD
In an all-out attempt to stop the marriage of a seemingly happy couple, a man of the cloth works overtime to prove that the bride has been possessed by an unseen demon force and that the nuptials can come to no good. Dack Rambo co-stars with Kim Cattrall (who later starred as sex-obsessed Samantha in television's "Sex and the City").