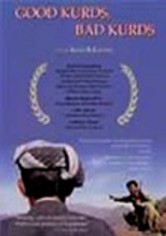 2000 NR 1h 19m DVD
Journalist Kevin McKiernan's powerful film takes a close look at the Kurds, compelling and controversial subjects whose identities seem to shift depending on the loyalties of those viewing them. To some, they are heroes fighting to rebuild war-torn Iraq; to others, they are terrorists to be feared and loathed. What is the truth, and where do the answers lie? This provocative study earned Best Documentary honors at numerous film festivals.