Goosebumps: My Best Friend Is Invisible 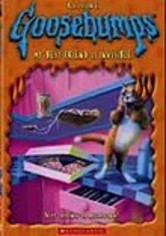 Goosebumps: My Best Friend Is Invisible

1997 NR 0h 43m DVD
Sam (Jon Davey) has always had a fascination with the supernatural. So, when he makes friends with an invisible boy who pulls stunts like eating Sammy's cereal, it's one of the coolest things he's ever seen. Now, he needs to figure out how to get rid of his new friend before his scientist parents -- who don't believe in anything otherworldly -- notice his presence. This animated tale was adapted from R.L. Stine's best-selling "Goosebumps" series.