Goosebumps: Return of the Mummy 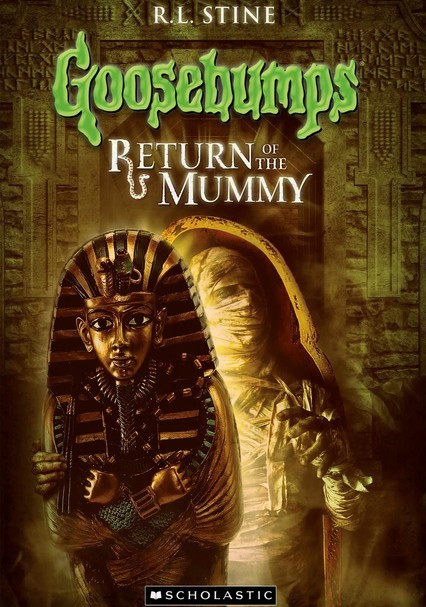 Goosebumps: Return of the Mummy

1995 NR 1h 6m DVD
Take a trio of spine-chilling adventures in these episodes of the hit television series based on R.L. Stine's award-winning books. Gabe encounters an unhappily disturbed mummy while visiting his archaeologist uncle in Egypt in "Return of the Mummy." Next, Jeff gets a surprise when he receives a sarcophagus containing a 4,000-year-old mummy from his father. Finally, Eddie and Hat's plan to scare a boastful pal doesn't turn out the way they plan.