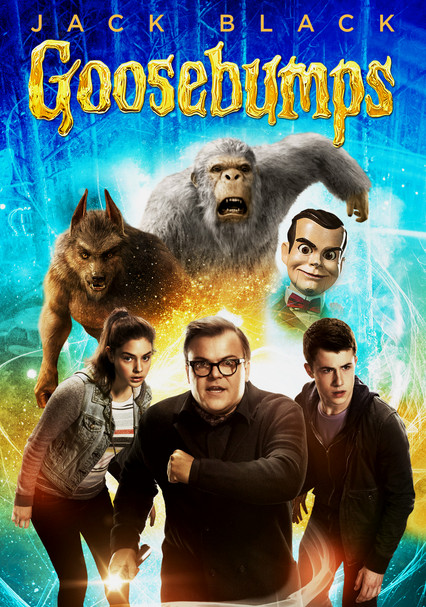 Parents need to know that Goosebumps is a live-action movie based on the best-selling middle-grade horror novels by R.L. Stine. There are lots of different kinds of monsters (who could certainly frighten young/sensitive kids), and though teens are in peril and there are some scares, the main focus is on action: chasing, fighting, destruction, and chaos. Expect a bit of kissing and some spoken references to things like twerking, YouTube, and a kid "being on drugs." Language isn't an issue, with the strongest word being "butt." Overall, the movie is still fairly lowbrow in tone; it will likely appeal to fans of the books, but other scary-movie lovers might prefer something quieter and spookier.

A man learns to let go of his dependence on another person and find strength from within instead. Teens show bravery in the face of total chaos. Mild teasing related to gender roles (i.e., a boy being teased about getting a sparkly hat as a gift).

Spoken line: "That kid is on drugs."