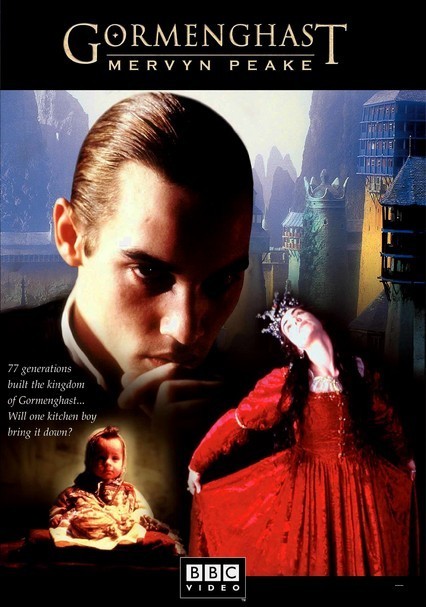 2000 NR 2 discs
This lush, neo-Gothic BBC miniseries stars Jonathan Rhys-Meyers as Machiavellian upstart Steerpike, who's driven by ambition, envy and animosity to gain control of the moribund kingdom of Gormenghast. Escaping the drudgery of Gormenghast castle's kitchen, Steerpike worms his way into the royal household and rises through the ancient power structure until only Titus (Andrew Robertson) -- the reluctant heir to the throne -- stands in the way.