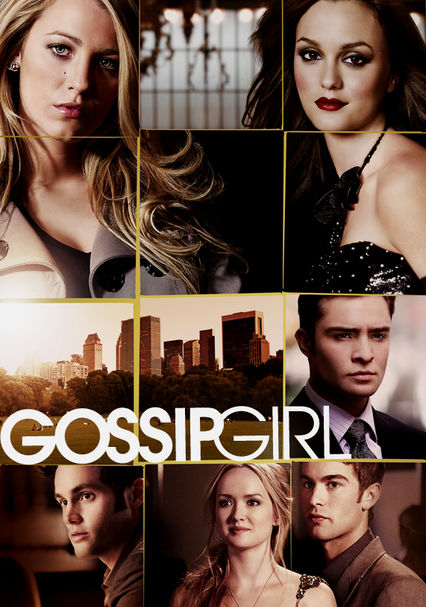 2007 TV-14 6 seasons
Kristen Bell provides the voice of an anonymous blogger who narrates the action in this hit series set in an exclusive New York City boarding school. The plot centers on the day-to-day dramas of the school's most privileged students.

When once-close friends Serena van der Woodsen and Blair Waldorf become bitter rivals, their battles for power are publicized to their entire tony prep school thanks to Gossip Girl's dirt-dishing blog -- which always has sensational scoops.

This season, a new arrival threatens the friendship between Serena and Blair, Nate faces the repercussions of his father's felonious past, and shocking secrets are revealed as the mysterious Gossip Girl continues her outrageous Internet blog.

The reliably juicy buzz dripping from Gossip Girl's wicked blog continues as Dan begins dating teen film star Olivia Burke and a falling out with Chuck leads Serena to enlist his nemesis, Carter, to help her even the score.

As the season kicks off, Blair and Serena are enjoying summer vacation in Paris, where Blair unexpectedly finds romance with a handsome young man. Back on the home front, Nate meets an intriguing Columbia coed -- who's harboring a hidden agenda.

In the fifth season of the CW's hit series, Serena lands a dream summer job in Hollywood and brings her unabashed Upper East Side operating style with her -- as Chuck and Nate discover when they come out for a visit.

In the sixth and final season, the mysterious Gossip Girl keeps up her reputation for dishing the dirt by divulging the scandalous lives of a group of privileged young adults living on New York City's Upper East Side.

Parents need to know that this over-the-top teen soap, based on a best-selling book series, focuses on a group of extremely wealthy, privileged, label-obsessed young people who like to drink, take drugs, have sex, and treat each other badly. While some characters mean well, many are superficial and emotionally cruel or distant, and they often take advantage of their social and financial position to get what they want, often at the expense of others. Characters play dirty tricks on each other and otherwise try to undermine, backstab, and hurt those who are supposed to be their friends. Suicide, eating disorders, rape, infidelity, casual sex, and more are all part of the story, but they're rarely addressed in constructive or realistic ways.

Attempted sexual assaults; some fights with a little blood.

Backstabbing and betrayal are the norm in this world, where image and social status are everything. Consumerism plays a huge role -- characters wear designer clothing, ride limos, go on fancy vacations, and own the latest gadgets. Characters are frequently cruel and manipulative, and issues aren't addressed in any way that could be considered constructive or realistic.

Plenty of product placement by sponsors like Vitaminwater, from subtle to obvious. Also, characters wear designer clothing, which viewers can browse and shop for online.

Teens drink frequently and often to drunkenness, at parties and at bars (where nobody asks for ID). People sometimes smoke cigarettes, and take drugs including marijuana and cocaine.