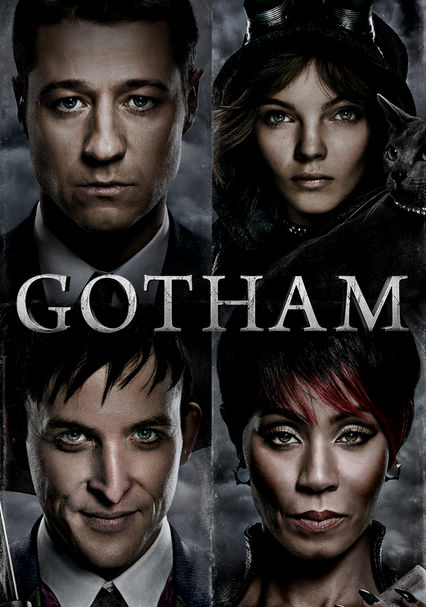 2014 TV-14 4 seasons
In this new crime-thriller series, it tells the origin story behind Commissioner James Gordon's epic rise to prominence in turbulent Gotham City in the previous years before Batman's arrival.

Recalling Gotham's struggle with crime in the years before Batman's appearance, this action-packed prequel chronicles the experiences of young detective James Gordon long before his appointment as the city's police commissioner.

This season finds Det. James Gordon's moral code vacillating as he squares off against the city's most nefarious villains. Meanwhile, shifting alliances shake up the battle for power in Gotham.

With Prof. Hugo Strange's mob of mutated monsters on the loose, the potential for mayhem in the streets of Gotham rises sharply, requiring extraordinary tactics to deal with the threat.

Season Four of Gotham will witness the emergence of the criminal landscape for which Gotham City is best known, with GCPD Detectives Jim Gordon and Harvey Bullock at the forefront of the fight against the most depraved and unhinged villains. While Gotham City fights for normalcy, a new hero will rise, as Bruce Wayne begins to assume responsibility for the city's well-being.