Gotta Serve Somebody: The Gospel Songs of Bob Dylan 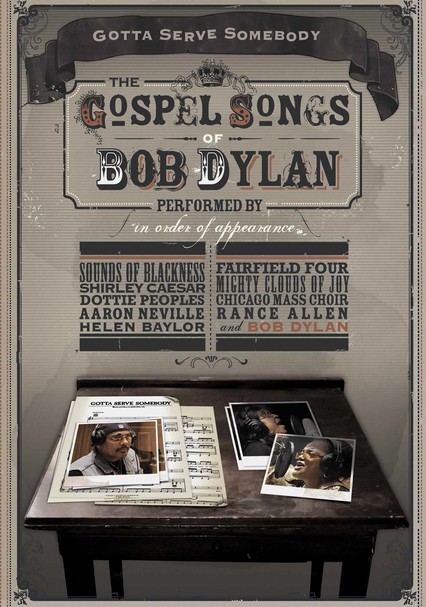 Gotta Serve Somebody: The Gospel Songs of Bob Dylan

2005 NR 1h 22m DVD
The cameras were rolling when gospel greats Shirley Caesar, Dottie Peoples, Aaron Neville and more gathered to record the Grammy-nominated album "Gotta Serve Somebody," a collection of Bob Dylan's gospel compositions. The result is a stunning documentary that presents the "immaculate funk" of such Dylan classics as "Pressing On" and "When He Returns" along with commentary from music journalists and Dylan contemporaries.