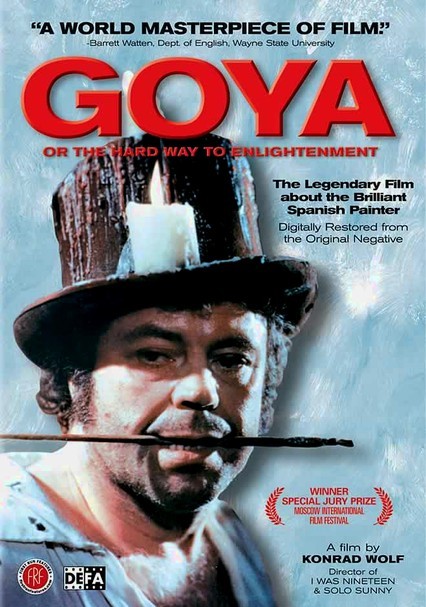 1971 NR 2h 14m DVD
Donatas Banionis stars in this lush biopic of Spanish artist Francisco Goya and his years as court painter to King Carlos IV (Rolf Hoppe). Though rich, famous and in love with a duchess (Olivera Vuco), Goya is drawn to depict the lives of the common people. It is this artistic conflict that leads to his infamous encounter with the Spanish Inquisition. Produced by DEFA, East Germany's state film board, the film co-stars Fred Düren.