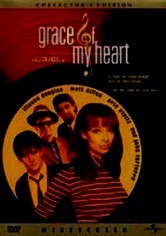 1996 R 1h 56m DVD
The daughter of a Philadelphia steel tycoon, Edna Buxton (Illeana Douglas) wants nothing more than to be a singer. She's thrilled when she wins a contract at a talent show and moves to New York City to record an album. But Edna soon finds her career -- and her relationships -- hitting one dead end after another. Matt Dillon and Eric Stoltz co-star in this poignant and intimate portrayal of the 1960s music scene.