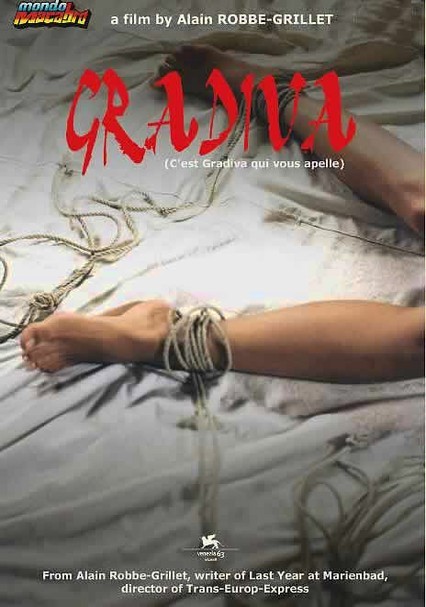 2006 UR 1h 55m DVD
While in Morocco researching works by the French painter Delacroix, English historian John Locke (James Wilby) begins to have visions of an ethereal woman who may be the long-dead subject of Delacroix's sketches. As Locke's obsession with the ghostly woman grows, his liaison with sultry Moroccan girl Belkis (Dany Verissimo) leads him into a dangerous world of underground sadomasochism. Alain Robbe-Grillet directs this erotically charged mystery.