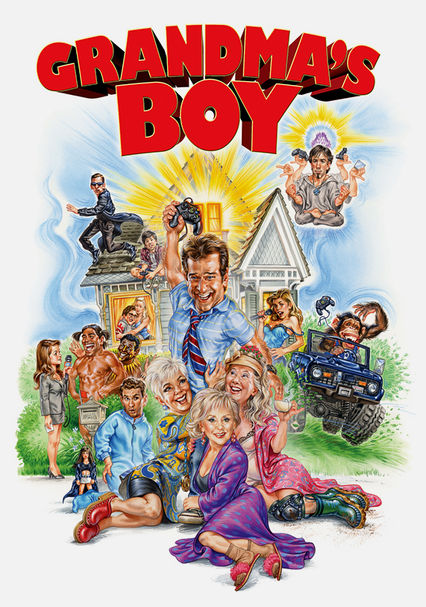 2006 UR 1h 34m DVD
Even though he's 35, Alex acts more like he's 13, spending his days as the world's oldest video game tester and his evenings developing the next big Xbox game. But then he gets kicked out of his apartment and has to move in with his grandmother.

Parents need to know that this movie glorifies drugs and prostitution, as well as immature, antisocial behavior. Characters frequently talk about sex and hookers. In one scene, the main character masturbates to orgasm in front of a Laura Craft doll and is caught by another character's mother. In another, a guy sucks on the breast of a half-naked woman for hours. There is also a big party where everyone, including the grandmother, gets drunk. Some characters are portrayed in an ethnically-insensitive manner.

A lot of talk of "getting laid," a guy fondles and kisses a woman's bare breast, explicit discussion of sexual positions.

All violence is in the video games the characters create.

Explicit discussions about sex, "gay" is used as a derogatory word, the "p" word is used to refer to an elderly woman's vagina.

Most women in the movie are treated as sex objects, though one of the main characters is a strong woman. Drugs are used openly.

Ten different brands are displayed prominently in the movie.