Great African Films: Vol. 2: Sia, the Dream of the Python 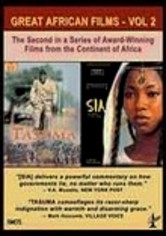 Great African Films: Vol. 2: Sia, the Dream of the Python

2001 NR 1h 36m DVD
Dani Kouyaté's visually stunning film is an adaptation of a seventh-century African legend about a woman chosen as a sacrifice to a snake god to save a destitute village. The emperor picks the beautiful virgin Sia (Fatoumata Diawara) but no one tells her fiancé, Mamadi (Ibrahim Baba Cissé), about his lover's fate. Kerfa, a government leader with plans to oust the emperor, helps Sia and Mamadi, but can she live with being known as a traitor?