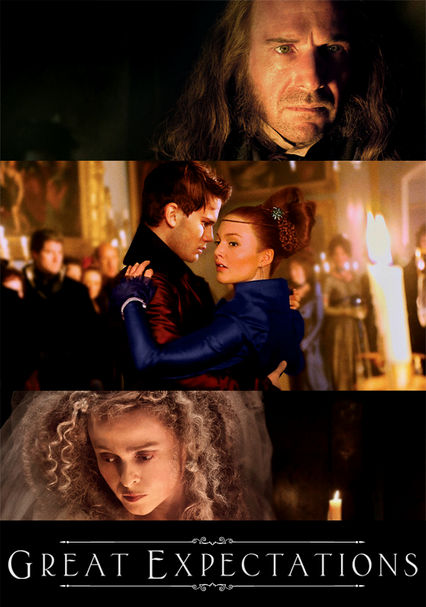 2012 PG-13 2h 7m Blu-ray / DVD
Fate -- with a little help from a mysterious unnamed benefactor -- whisks young orphan Pip from poverty to a life of unexpected wealth. Filmmaker Mike Newell brings 19th-century London to life as never before in this adaptation of Dickens's classic.

Parents need to know that Great Expectations is one of many adaptations of Charles Dickens' classic novel about money and love and how one can't buy you the other. There's some violence in the movie, as characters die or are cruel and harsh with each other, and the language includes mostly insults like "cowardly," "stupid," and "common." This isn't a feel-good story, so be prepared to discuss the themes with kids unfamiliar with Dickens' books.

A brief kiss is cut short by a woman who pulls away. Another young woman goes to kiss a guy who looks away and says he's not in love with her. There's also sexual tension/attraction, hand holding, dancing, and longing looks.

Several characters die -- most are killed. A woman burns to death; a woman being choked stabs her attacker in self defense -- one lives and one dies. A scary-looking man flips a boy upside down and yells threats at him. Two men wrestle and beat each other until a police officer stops them. A much older sister is cruel to her little brother, hitting him with a cane, shoving him, and scrubbing him harshly. A man is sentenced to death in court.

Infrequent use of words like "damn" and "hell," plus occasional insults like "ungrateful," "stupid," "common," "cowardly," and other class-based comments.

Although it's a sad story, there are important messages about material wealth having the power to corrupt. According to the story, money can lead to feeling trapped and limiting one's ability to empathize with others. True wealth, the story stresses, is that of generosity and love, as embodied by Joe.

Young men of leisure drink, smoke pipes and cigars/cigarettes at their dining club; one man's tragic alcohol abuse is brought up. Adults drink/toast at a meal.