Great Leaders of the Bible 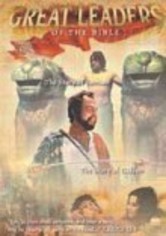 Great Leaders of the Bible

1973 NR 1h 21m DVD
Marcello Baldi's 1973 film traces the stories of two great biblical leaders: Gideon and Samson. In the first tale, God chooses ordinary-guy Gideon (Ivo Garrani) to gather and lead an army into battle to oust the Midanites from Israel. The second story follows strongman Samson (Anton Geesink), who killed thousands with the jawbone of an ass but who was ultimately felled by the beguiling courtesan Delilah (Rosalba Neri).