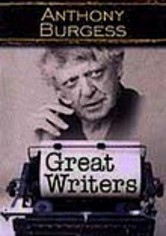 2001 NR 0h 45m DVD
Garner inspiration as you explore the written works of Anthony Burgess (1917-1993) in this documentary that studies the life and times of the British author best known for his controversial novel &NFiA Clockwork Orange&NFi_;. With a vast collection of works spanning four decades, Burgess left behind not only a legacy of ambitious novels, but also volumes of literary criticism and two autobiographies.