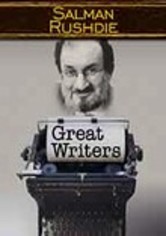 2001 NR 0h 45m DVD
Booker Prize-winning author Salman Rushdie is featured in this episode of the Great Writers series. Born in India, Rushdie attended college in Britain and left an early career in advertising to pursue his passion, writing. Sometimes described as magical realism, his style blends elements of reality with folklore and fantasy. Rushdie gained worldwide notoriety when a price was put on his head after the publication of &NFiThe Satanic Verses&NFi_; in 1988.