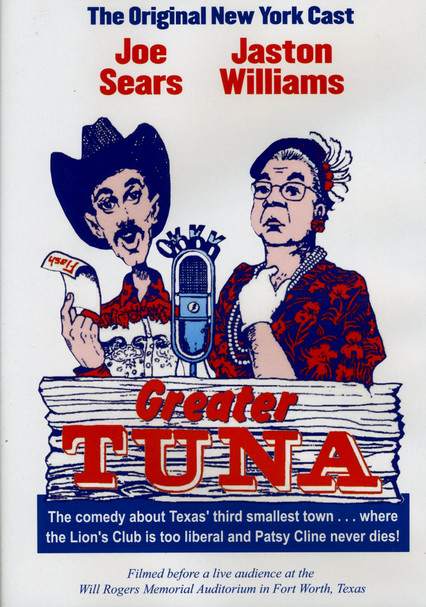 1994 NR 1h 42m DVD
Joe Sears and Jaston Williams star in this slice-of-life satire set in rural Tuna, Texas's third smallest town. The duo portrays all 24 citizens of Tuna (including women and animals), a sleepy town filled with colorful characters, where Lions Clubbers are marked as liberals and Patsy Cline is worshipped. Originally a party skit, Greater Tuna enjoyed a successful off-Broadway run that's captured in this filmed version of the stage show.