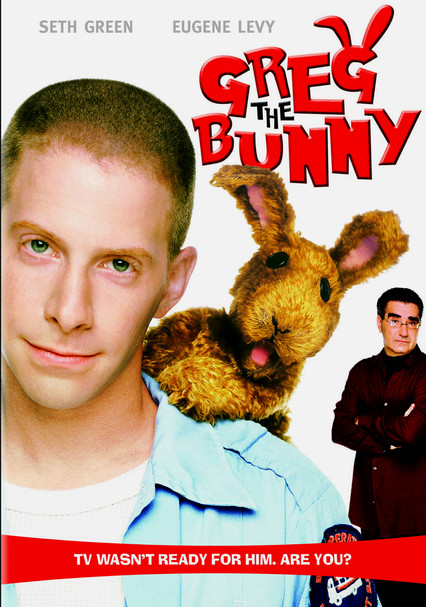 2002 TV-14 1 season
In this satirical sitcom, unemployed hand puppet Greg the Bunny lands a starring role on the children's TV show "Sweetknuckle Junction," but a focus group pans the program, and inexperienced Greg is declared insufficiently "puppish" by his peers.

Seth Green and Eugene Levy star in this high-concept, hilarious but little-seen series that first aired on the Fox channel. A puppet bunny named Greg (voiced by Dan Milano) lives with his best pal, Jimmy (Green), whose dad, Gil (Levy), produces a children's show called "Sweetknuckle Junction." All Greg wants is a job, so he rejoices when he gets a role on Gil's show; unfortunately, it's on the brink of cancellation.