Gregorian Chant: Songs of the Spirit 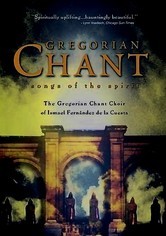 Gregorian Chant: Songs of the Spirit

1995 NR 0h 55m DVD
Enthusiasts who have been privy to performances of Gregorian chants know that the stirring music raises spirits, uplifts the soul and stirs emotions in its listeners. Among many performers, the monks of the Spanish San Isidoro monastery are some of the genre's best interpreters. Catch them singing from the spirit in this moving concert (held at the tombs of Kings Aragon and Leon) that includes pieces from as far back as the 12th century.