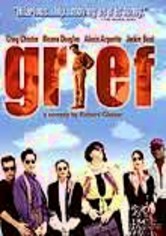 1994 NR 1h 32m DVD
What goes on behind the scenes at a sensationalistic TV show, "The Love Judge," is even better than what's on-screen: Its producer, Jo (Kent Fuher), is leaving the show, which has Mark (Craig Chester) and Paula (Lucy Gutteridge), scrambling for his job. Bill (Alexis Arquette) loves Kelly (Robin Swid), but he's with Jeremy (Carlton Wilborn). Mark's mourning his lover's death, but realizes that he, too, has feelings for Bill. The verdict? Chaos.