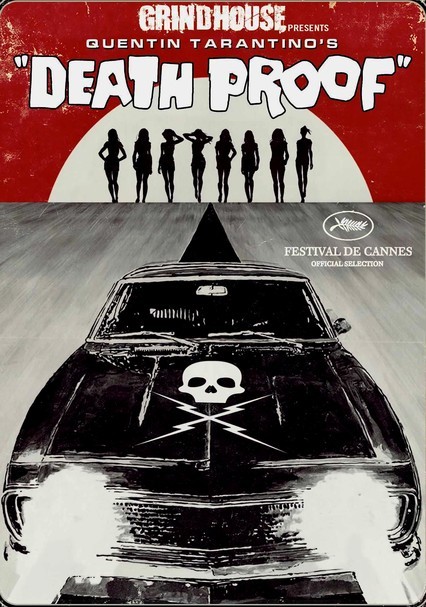 2007 NR 1h 53m Blu-ray / DVD
In this high-octane thriller, a tough-talking serial murderer transforms his Dodge Charger into an indestructible weapon and then climbs behind the wheel of his well-oiled killing machine to terrorize a group of women on the road.

Parents need to know that this movie celebrates and partially recreates brutal sex-and-action movies that played in bad-neighborhood theaters of the 1960s and '70s. There is a lot of swearing, bloody violence, much talk of sex (none shown, though), vicious and self-destructive behavior, and revenge.

All talk, but lots of it, with details of infidelity and multiple partners. Female characters dress skimpily, in shorts and T-shirts, and one gives a man a very suggestive (but clothed) lapdance.

Most every swear word there is gets uttered. At least one girl chastises another when she uses God's name in vain.

Nobody here is very admirable. The second set of girl victims are "empowered" stuntwomen, who fight back (and get revenge, with no help from authorities), but also pull hazardous tricks for their own thrills. Characters in a mixed black and white posse call each other the N-word in comradely fashion.

Psycho stuntman Mike claims to be a non-drinker, but he's the only one. Lots of imbibing, smoking, and talk of marijuana and harder drugs.