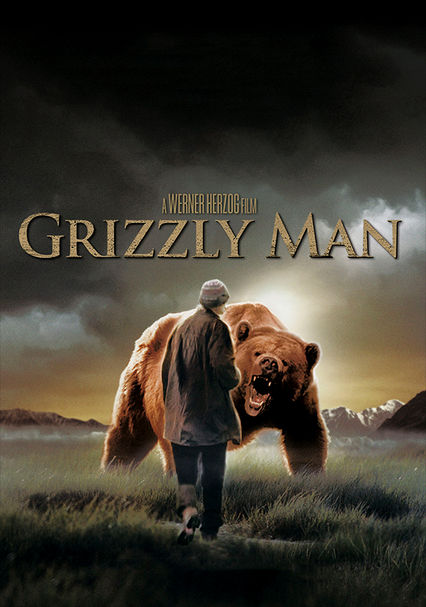 2005 R 1h 40m DVD
Renowned nonfiction director Werner Herzog chronicles the tragic and untimely death of outdoorsman Timothy Treadwell, who devoted his life to studying grizzly bears living in the Alaskan wilderness -- only to be brutally mauled by one.

Parents need to know that this is in no way a kids' documentary, even though it features frequent images of grizzly bears and foxes. This smart, provocative film frankly considers the deaths of Treadwell and his girlfriend, attacked by a bear under apparently harrowing conditions. The film includes several images of bears menacing or fighting with one another, as well as some "confessional" moments by Treadwell that might disturb younger viewers (he's very emotional, uses frequent foul language, and behaves in a paranoid manner). Throughout the film, Herzog argues with Treadwell about "nature" -- where Treadwell respects the wildness of "his" bears, he also see them as noble, even friendly creatures; by contrast, Herzog sees them as fierce, brutal creatures.

Treadwell talks about sex and yearning.

Bears fight, interviewees describe the bodies and deaths of Treadwell and girlfriend, killed by a bear.

Lots of harsh language, used in anger and frustration.

Treadwell is erratic, passionate, and dedicated to "his" bears.

Scene from Starsky and Hutch, from Treadwell's acting past.