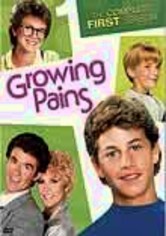 Parents need to know that this '80s sitcom is about a strong nuclear family headed by loving parents who communicate well with each other and their kids. It's heavy on positive messages about self-esteem, personal responsibility, and making good choices, all of which are delivered in storylines that are relatable for tweens and teens. Most episodes deal with typical issues for families with kids who are coming of age: budding romantic relationships, popularity woes, and adolescent mischief. Some topics can be emotional, including encounters with prejudice and the death of family members and friends. Teen characters face peer pressure to drink, smoke, and do drugs, but they always make the tough choice and do the right thing.

Some kissing scenes among teens, and lots of dating and relationship issues. Terms like "sexy" are used very rarely, and there are occasional jokes at the expense of bisexuality, transsexuality, and homosexuality. One of the supporting characters has the nickname "Boner."

Jason and Maggie Seaver are compassionate parents who communicate well and always offer first-rate guidance to their kids. Every episode includes positive messages about themes like self-esteem, reliability, and finding a passion in life. Parents and kids share in all household tasks. Siblings do often argue and pick on each other, including jokes at the expense of sister Carol's weight (the actress who played here, Tracey Gold, battled eating disorders in real life).

Occasional social drinking by adults. Underage drinking, smoking, and drug use are addressed, but the message is always "don't do it," and the consequences are negative.