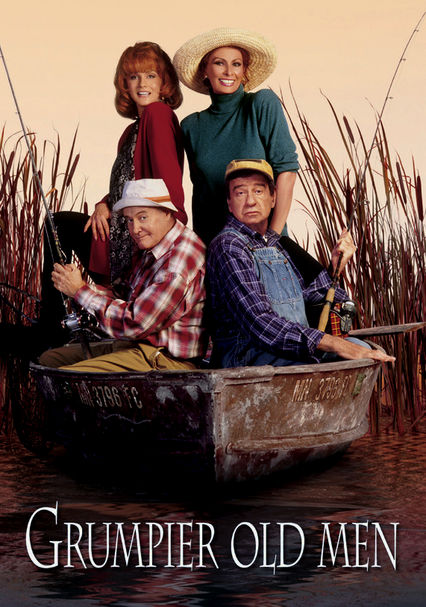 1995 PG-13 1h 41m DVD
In this sequel to the hilarious comedy Grumpy Old Men, a family wedding reignites the ancient feud between next-door neighbors and fishing buddies John and Max (Jack Lemmon and Walter Matthau). Meanwhile, a sultry Italian divorcée (Sophia Loren) opens a restaurant at the local bait shop, alarming the locals who worry she'll scare the fish away. But she's less interested in seafood than she is in cooking up a hot time with Max.

Parents need to know that Grumpier Old Men is a sequel to Grumpy Old Men, a comic vehicle for Jack Lemmon and Walter Matthau in their later years. It's filled with the same comic pratfalls, swearing ("bastard," "crap," "s--t," "goddamn," "hell"), naughty dialogue ("he's a groper," "wanna see my salami"), insult humor ("putz," "bonehead," "d--k-head," "slut,""moron," "schmuck"), and sexual innuendo as its predecessor. Characters smooch, talk about the possibility of sex, and playfully kiss and embrace throughout. No actual nudity is shown, but there is some revealing clothing and a character appears to be nude when he poses for his artist-wife. Wine, beer, grappa are consumed in numerous scenes; one character drinks to excess and smokes. Identifiable products appear in scene after scene. (Spoiler alert: a featured character dies and is mourned.)

Though there is no nudity or actual sexual activity, the movie is filled with comic sexual language and innuendo. A key plot point involves the budding romance between an older man and woman, including sexual "awakenings" for both of them. There's lots of smooching, cuddling, light-hearted ogling, groping, and foreplay. The voluptuous Sophia Loren wears seductive clothing. A man poses in the nude for his sculptor-wife (no genitals are exposed). References to lesbianism, male sexual prowess, adultery, and "sleeping around."

Some comic shenanigans: two friends battle use fishing poles as "swords;" a snarling dog chases a cat; a woman attacks a man with a wooden oar; a car bumps its way through town on a wild ride.

Affirms that romance is possible at any age. Though used as a source of comedy, the story values family and friendship.