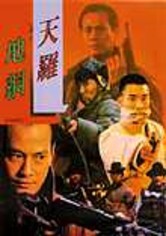 1988 NR 1h 27m DVD
Four friends from the war reunite to form a special drug task force named "Gunmen" to wip out opium cartels and corrupt cops in 1920's Shanghai, leading to an exciting, firepower-laden showdown between the good and the bad.