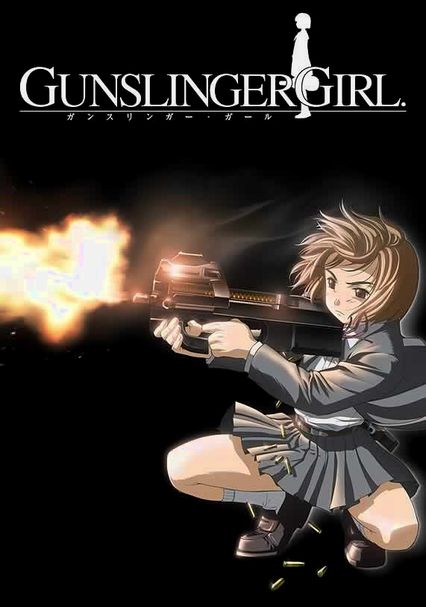 2003 TV-MA 3 seasons
On the surface, the Social Welfare Agency appears to help orphaned schoolgirls, but it's actually turning them into lethal agents. Brainwashed and teamed with veteran assassins, you'd never suspect they're on a mission to kill.

Abandoned by the agency charged with caring for her as an orphan, Henrietta hides behind emotional walls and grows up to become a killer. But there's still hope for redemption for this young woman with few memories of her devastating childhood.

One of the Social Welfare Agency's covert squadron of schoolgirls-turned-trained-assassins, who protect Italy from terrorists, has disappeared. Now fellow hit girl Triela must go undercover to infiltrate a rival faction and bring her back alive.

The killer girls of Italy's Social Welfare Agency return in two featurettes that begin where the hit anime series "Gunslinger Girl" ended, with Rico and Jean on a mission to take out a Venice Mafia boss with terrorist connections. Later, Rico and Henrietta tag along with Jean and Jose when they head to their hometown for a respite -- but instead must come to grips with the emotional aftermath of their younger sister's death in a terrorist attack.