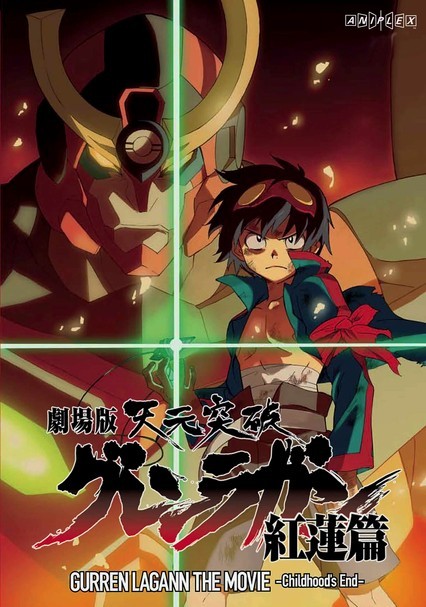 2010 NR
Simon never dreamed there was an entire world lurking above his head, even though his friend Kamina's been saying it all along. So when the ceiling collapses, exposing a strange and unfamiliar surface land, they jump at the chance to explore it. But danger awaits in the form of the evil Spiral King, who's launched his army of Beastmen to fight them. This feature-length anime originally ran as a series of episodes on Japanese television.