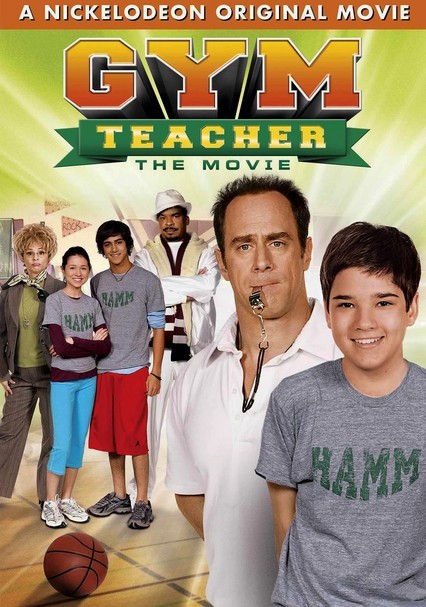 Parents need to know that this made-for-TV movie touches on themes like teamwork, perseverance, and self-perception and examines what it means to be a winner. There's some poor sportsmanship and bullying (tweens tease a classmate, putting him down and throwing things at him), but it could prompt family discussions about respecting others and being tolerant of differences. Expect some sexual inferences (a woman's flirtatious remarks about a man's chiseled physique, a tween couple's one brief kiss, one teacher's mild fantasies about another) and name-calling. One of the co-stars, Amy Sedaris, has a reputation as an edgy comedienne.

Some suggestive comments by a female principal to a male gym teacher about his muscular physique (she's very clearly interested in him). A male teacher fantasizes about a female teacher (he imagines her as a lithe female gymnast). A tween romance culminates in one quick kiss. In one scene, a man implies that another is homosexual and remarks, "The sight of you makes my butt itch."

In one scene, a woman repeatedly hits a man with a stick, but it's played for laughs. A boy is said to suffer bruised ribs after falling from a climbing rope in gym class.

Limited use of words like "butt" and "loser." References are made to training bras and jock straps.

Tweens and adults use terms like "spaz," "freak," and "weirdo" to generalize groups of students. Students bully a classmate who's different, but in the end, they pull together as a team. A teacher briefly plots to get a student expelled so he doesn't have to coach him (at the suggestion of another adult). An adult and a kid conspire to deceive the kid's mom to prevent her from worrying. Plenty of poor sportsmanship along the way, but overall has positive themes of perseverance and respecting others.

The main character and his friends hang out at a place that resembles a bar, but the drinks of choice are health shakes.