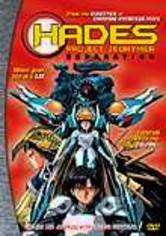 1989 NR 1h 0m DVD
In this Japanese anime hit, huge robots have conquered Earth and completely taken over; however, rebels were able to steal the most important robot as well as the embryo of its simulated co-pilot. Fifteen years pass, and teenager Masato Akitsu discovers he's the only one who can pilot Zeorymer and save the Earth from peril. Includes part one and two of the series.