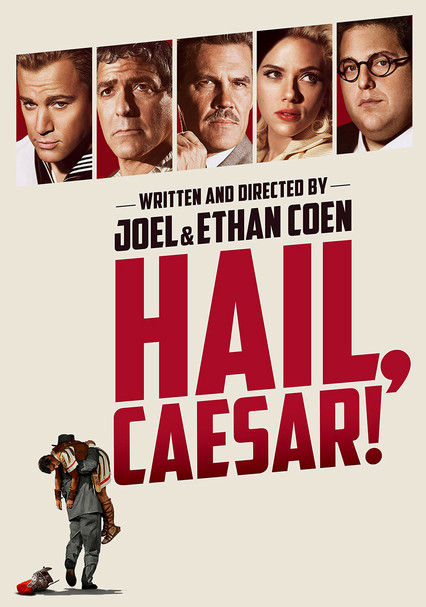 2016 PG-13 1h 46m Blu-ray / DVD
In 1950s Hollywood, Eddie Mannix labors behind the scenes to "fix" the indiscretions committed by a major film studio's marquee stars. But Eddie has his work cut out when some angry scriptwriters abduct a screen idol from a movie set.

Parents need to know that Hail, Cesar! is a star-studded (Josh Brolin, Scarlett Johansson, Channing Tatum, George Clooney, and more) Coen brothers comedy set in the 1950s that looks at how movie studios tried to hush any hint of scandal, lest gossip and unfavorable news about stars inhibit the bottom line. It's much milder than most of the Coens' other movies, but watch out for some iffy language ("son of a bitch," "hell," etc.), era-accurate smoking, social drinking, and a bit of violence (gunshots in scenes being filmed for a movie, kidnapping, slapping). There's also some cleavage on display and discussion of how to "legitimize" an unmarried, pregnant actress.

Characters discuss how to "legitimize" an unmarried actress who's pregnant. A woman is shown swimming, with visible cleavage.

Gunshots in scenes portraying a film being made. An actor is drugged and kidnapped for ransom. A man slaps two employees.

Language includes "son of a bitch" and "hell."

Genuine people who stay true to themselves no matter what are sometimes the ones who flourish. Also, a no-stress job that you don't particularly love might not be better than a high-pressure position for which you have passion.

Social drinking, and plenty of smoking. Allusions to actors drying out in rehab.