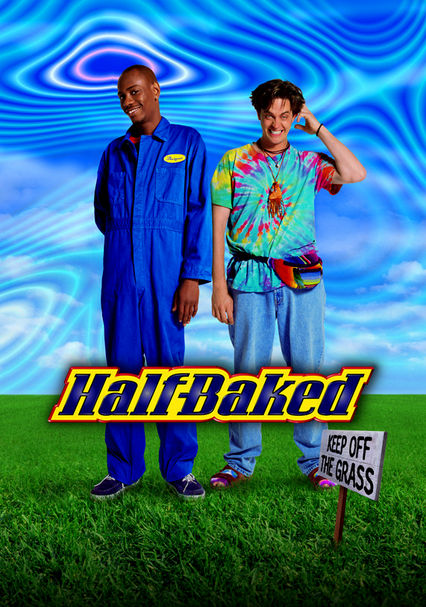 1998 R 1h 22m DVD
Three ganja-smoking dimwits hatch a plot to raise bail money for their jailed friend by selling dope on the street. But they'd better spring their incarcerated buddy fast -- before he ends up as the "boy toy" of a criminal named Nasty Nate.

Parents need to know that this movie reeks of marijuana. The main characters smoke an excessive amount of pot and make it look pretty fun, like when they discover a special kind of weed that makes them fly through the air like superheroes. Several celebrities make cameos -- Snoop Dogg, Willie Nelson, Janeane Garafalo, Jon Stewart -- which would seem to condone drug use by these potential role models. One brief scene of young teens smoking a joint appears. Characters do have to deal with some consequences for their drug use, and in the end the main character gives up pot for romance. Gay jokes pepper the film, though they stick to stereotypes ("Don't drop the soap!") rather than hostile hate words.

Thurgood has sex with his girlfriend, depicted in comically-posed still shots of the couple in underwear. He brags "Got some booty!" In one scene a woman's breast comes out of her shirt and everyone laughs and points. Some gay jokes.

Lots of highly comic mock violence, including a standoff between the friends and a drug dealer with machine guns. No blood, nothing scary.

Smoking pot looks a little too fun in this movie, and the consequences that the friends encounter are so comic that they hardly count. That said, the drug-using characters are low-achievers and negative aspects of pot use are mentioned, like mood swings, lack of motivation, low sperm count.

All pot, all the time. The movie features bongs, pipes, joints, hookahs, and every other smoking device imaginable. Several references to other drugs, like coke and heroin, but they are considered "bad" drugs in the movie.