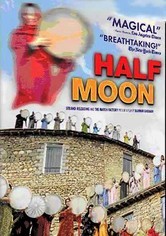 2006 NR 1h 47m DVD
Mamo, a renowned Kurdish musician, is granted permission to cross the border to stage a concert in Iraqi Kurdistan, but the aging artist stirs up trouble by trying to bring a female singer out of Iran, which bars performances by women. Mamo and his entourage must outwit the Iranian border guards in this compelling film from Kurdish director Bahman Ghobadi that shines a light on a rarely seen part of the Middle Eastern world.