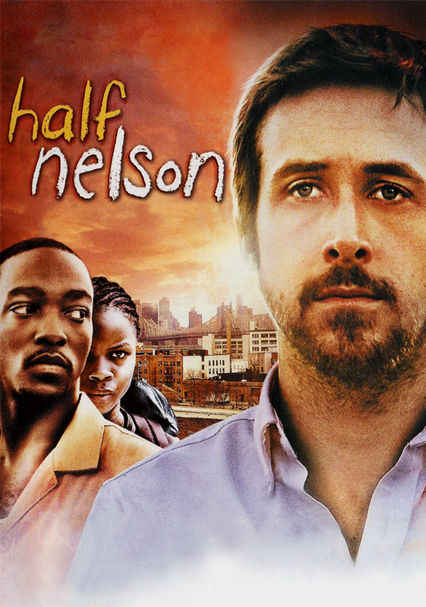 2006 R 1h 46m DVD
An improbable friendship between drug-addicted educator Dan Dunne and streetwise kid Drey may lead them to deliverance -- or destruction. After Drey finds Dunne feeding his habit in a locker room, she becomes a conduit for a life-changing lesson.

Parents need to know that this is no "hero white teacher saves the poor minority students" uplifter. Instead it's far more complex and challenging, because the white hero teacher, for all his good intentions, is also a drug user, a slave to narcotics on the streets, and conflicted about his job. There is much raw language; some sex, including a scene that mixes sex with violence; and the depiction of a strung-out addict. And the "straight" teachers in the school are jaded and calloused. The kids, especially the girl who learns Mr. Dunne's secret, seem less at-risk than he does. In class, Dunne's (unauthorized) history lessons come from a sharply left-wing stance, with reports on U.S. violations of law and human rights, at home and abroad.

A montage-y tangle of limbs in a lyrical sex scene between Daniel and another teacher he takes as a lover. Later in a drug-fueled state he nearly rapes her. Scantily dressed females in drug dens and music-club environments.

The main character is struck in the face while nearly committing rape.

Much swearing, in arguments, street talk, and during heated school basketball games (Coach Dunne gets penalized for calling someone an asshole).

Obviously this is a story about good role models who have bad sides, exemplified by Danny, the young teacher who really cares, but is also really messed up on drugs a lot of the time. His fellow administrators seem jaded and apathetic, though they're "straight." The student girl Drey is no angel, but she's smart enough to shy away from violence and destructive lifestyles. A drug dealer flaunts his easy-money earnings.

Some popular songs on the soundtrack.

The main character is a drug-addict teacher who claims he can keep it under control, and we get glimpses of langorous crack-smoking parties and drinking in bars.