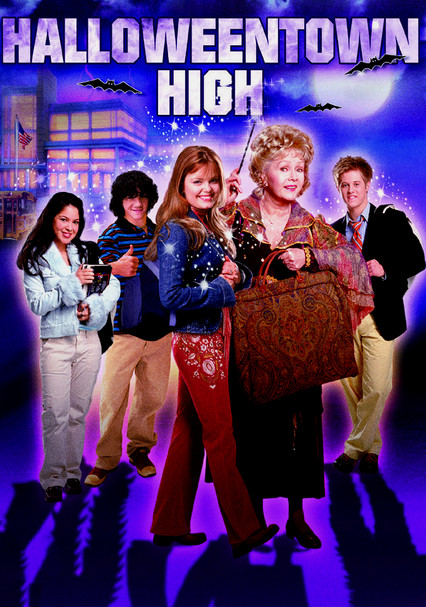 2004 NR 1h 23m DVD
When teenage sorceress Marnie (Kimberly J. Brown) convinces the Halloweentown Council to send several students from the bewitched town to her high school in the mortal world, she promises to give up magic if any harm comes to them. But soon, Marnie and her friends are in a terrible fix when the evil Knight of the Iron Dagger -- who's determined to destroy all things magical -- appears out of nowhere. Debbie Reynolds co-stars.

Parents need to know that this made-for-TV Disney movie about monsters and humans at a high school is the third of a trilogy that centers around a family of witches. Tweens won't be scared off by the somewhat crude special effects, but younger kids might. One scene has monsters running amok when a Halloween haunted house attraction actually turns into one.

Some flirtation, and an almost-kiss, but that's it.

Some yelling and benign run-ins among teens.

"Loser" and "stupid" is as aggressive as it gets.

The overall message is pretty sweet -- that we're more alike than different, and should all get along if we try. But the film pokes fun at Canadians with jokes that imply their naivete.

Not too many branding messages, though the film is a Disney production and comes with the attendant marketing power of the studio.