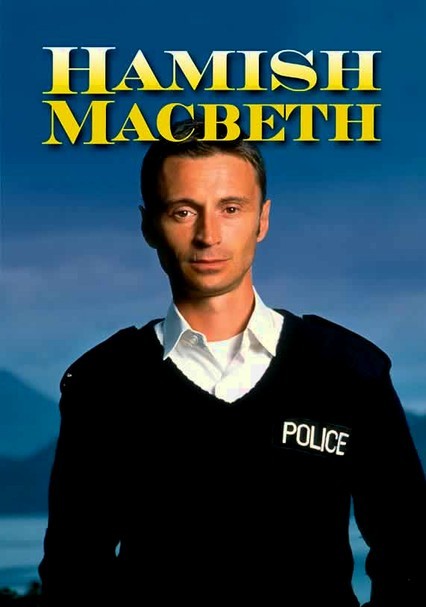 1995 NR 2 seasons
Hamish Macbeth (Robert Carlyle) is a police constable in Lochdubh, a Scottish town full of eccentrics. While he's tasked with upholding the law, sometimes circumstances warrant more creative solutions, including poaching and bribery. Sometimes it's not even clear if lackadaisical Hamish is up to the task. Based on the popular mystery novels of M.C. Beaton, this BBC series also features Ralph Riach, Brian Pettifer, and Anne Lacey.

In the remote Scottish coastal town of Lochdubh, the citizens have made their own laws. Enter Hamish Macbeth (Robert Carlyle), an easygoing cop with no attachments to proper procedures and no intention of being promoted. Together with his assistant, TV John, and his dog, Wee Jock, Hamish practices his own law enforcement methods while keeping them secret from his superiors in Inverness so he may remain in the beautifully wild Highlands.

Small-town constable Hamish Macbeth (Robert Carlyle) works extra hard to avoid promotion and stay put in the third and final season of this BBC series set in the eccentric hamlet of Lochdubh, Scotland. As the action unfolds, the gossip mill is working overtime when the town's once-single laird, Major Maclean (David Ashton), returns home from a vacation with a stunning new fiancée. But is she in it for love or money?