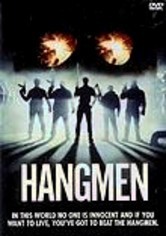 1987 R 1h 30m DVD
When Rob Greene (Rick Washburn) discovers information on an undercover terrorist team inside the CIA, he's ordered to stay silent by his supervisor. But when the terrorists kidnap Rob's son, Danny, he can no longer keep the information a secret. Set in the Upper East Side of New York City, this is the story of a rogue, out-of-control splinter group in the CIA and the team of tough, former Special Forces agents determined to stop them.