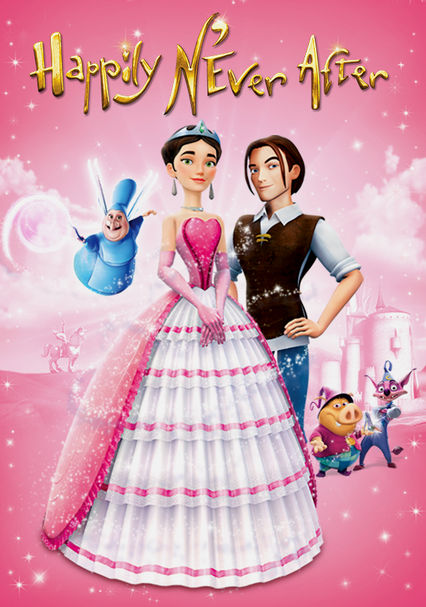 2006 PG 1h 27m Blu-ray / DVD
The Wizard is in charge of making sure that all the stories in Fairy Tale Land have a happy ending. But when the Wizard goes on vacation, Cinderella's evil stepmother seizes the opportunity to take control of the kingdom.

Parents need to know that although kids may want to see this animated fairy tale "reimagining," it's not really worth their time. The movie revises the Cinderella story in order to let the "bad guys" win ... for a minute. This results in some minor violence, much dastardly laughter, and temporary changes to familiar fairy tale plots (Rumplestiltskin steals the baby, Sleeping Beauty doesn't wake up, etc.). Many genre clichés are played out here: The wicked stepmother is mean, her daughters are obnoxious, the prince is dimwitted, and wolves, trolls, and the giant are ugly and lumbering. There's a little bit of potty humor, and a couple of none-too-menacing scenes in the dark woods. The cartoony violence primarily consists of falls and inconsequential explosions (no one dies).

Sexy-bodied bad stepmother: Her ballgown shows mighty cleavage and a slit up the side to reveal leg/high heels; plot focused on marriage (all the girls in the kingdom apparently want it, and the prince thinks he wants it); chaste kissing by primary couple.

Cartoony hijinks include explosions with no consequences, various falls and grumblings, and a "battle scene" in which the seven dwarves haul out a windmill-cum-catapult and shoot precious jewels at dive-bombing witches on brooms (it's a decidedly un-fun bit of business).

Namecalling ("dragon lady," "salmonella," "loser") and other mild obnoxiousness ("royal pain the butt," "a butt the size of a shopping mall").

During the villains' takeover of the palace, they're served food and unidentified drinks on trays.