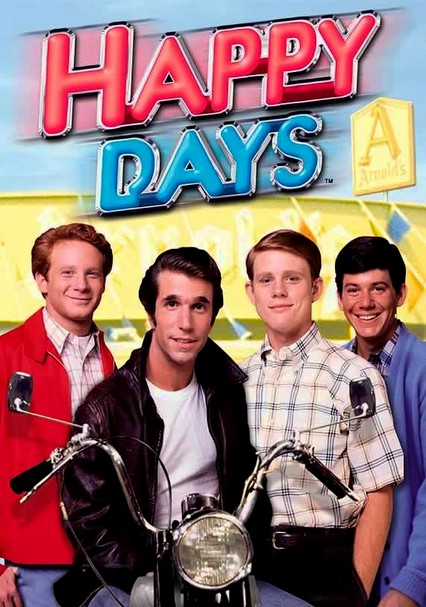 1974 TV-G 1 season
In this hugely popular 1970s sitcom vision of 1950s America, the lovably typical Cunningham family of Milwaukee -- especially as embodied by the teenage exploits of son Richie (Ron Howard) and his little sister, Joanie (Erin Moran) -- provide the focus. Ultimately, though, the show made its deepest cultural impact via the way-cool persona of Arthur Fonzarelli (Henry Winkler), aka The Fonz, Richie's mentor in tackling the hurdles of adolescence.