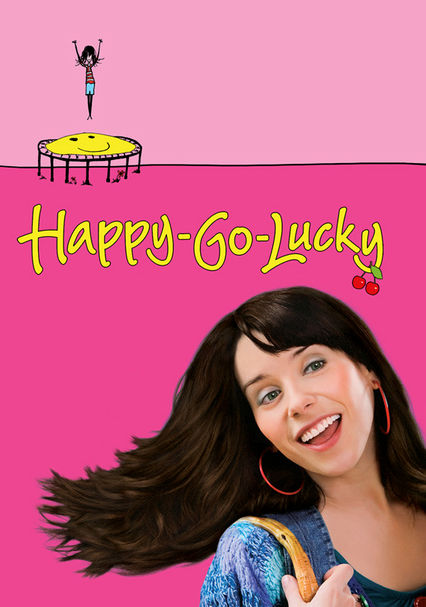 2008 R 1h 58m DVD
When someone steals her beloved bike, eternally cheerful schoolteacher "Poppy" Cross takes up driving and is paired with a sour instructor -- who's both attracted to and repelled by Poppy in this upbeat slice-of-life tale.

Parents need to know that, despite its "R" rating, there's very little offensive or upsetting material in this British comedy. With the exception of one profanity-filled, angry outburst near the end of the movie, the salty language is mostly a means of colorful, humorous expression. The young professional female characters do drink socially -- and get very drunk once -- but they don't engage in irresponsible behavior. Sexuality is limited to some playful teasing among the young women and one scene between adults who kiss, begin to undress, and sink onto a bed. A chance encounter between the heroine and a mentally ill homeless man is scary for a few moments but resolves without violence. She also has to deal with the explosive jealousy of an unstable admirer.

Playful banter and tossing of "falsies"; a young woman is shown in bra and panties during scene in physical therapy office; kissing and partial undressing during flirtatious sexual foreplay; some degree of uncertainty regarding the nature of the feelings between the two women in the story's central friendship.

There's one extended sequence during which a key character has a violent outburst of venomous cursing, including all forms of "f--k" and "bulls--t." Other scattered swearing and profanity includes "pissed off," "buggered off," "t-ts," "nipples," "pubic triangle," "crap," "bitch," and "bastards."

A solidly caring, good person interacts with assorted eccentric, troubled characters (including one angry bigot). She exhibits responsible, sensitive behavior and a natural ability to do the right thing.

Social drinking in many scenes. The film's opening sequence follows a group of female friends partying in clubs, then finds all of them very drunk and silly in an apartment. One character smokes and vows to quit.