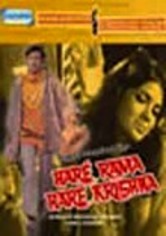 1971 NR 2h 23m DVD
When their parents divorced, Prashant (Dev Anand) and his sister Jasbir (Zeenat Aman) were split up; years later, Prashant sets out to reunite with Jasbir, who reportedly has disappeared. He finds her living in Katmandu in a drug-induced world of delusion and disorder, with no recollection of Prashant or her childhood. How far will he go to reclaim his sister and the relationship they once had? Anand also wrote and directed this Bollywood drama.