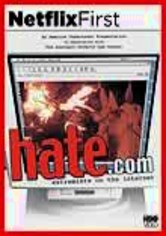 2000 NR 0h 45m DVD
In this controversial HBO documentary narrated by Morris Dees, several violent -- and violence-provoking -- individuals are profiled along with their anti-gay, anti-immigrant and anti-minority beliefs. The movie chronicles the exploits of ex-con Don Black, who hosts a Nazi-sympathetic Internet site; Richard Butler, an elderly man who assaulted some Indians and paid a heavy financial price; Matt Hale, an atheist who supports violence; and others.