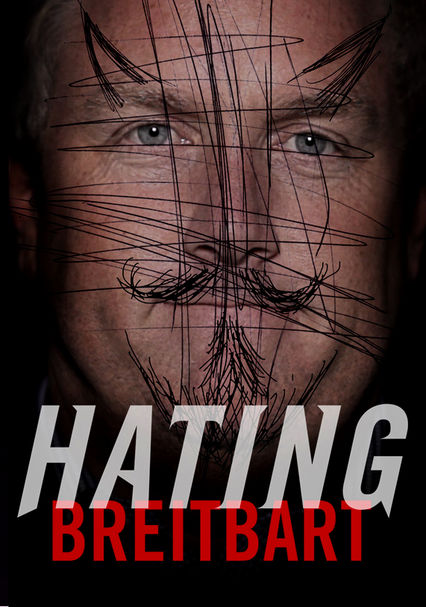 2012 R 1h 32m DVD
This feature-length documentary explores the life and influence of Andrew Breitbart, a right-wing icon and new-media pioneer whose sudden and untimely death at the age of 43 made for an unsettled legacy.

Parents need to know that Hating Breitbart PG-13 (the original cut, which was rated R for language, was titled simply Hating Breitbart) is actually an homage to the late right-wing activist and new media entrepreneur Andrew Breitbart. The documentary offers an overwhelmingly reverential portrait of the conservative media mogul, who considered it his job to discredit what he considered the liberal mainstream media. It's not an objective film; all but one or two of the people interviewed are friends, family, or admiring colleagues. Where your family stands on the political spectrum will likely determine how much you enjoy this documentary, which portrays Breitbart as a brave, almost heroic figure in American journalism.

Mentions of prostitution and of an elected official's sexting scandal.

Regardless of your politics, the message that journalism should be about the truth -- or that biases should be clearly noted -- is an important and thought-provoking one. But whether an audience will appreciate this film's additional messages about "citizen journalism," covertly video-taping people, etc. is completely tied to how much you agree with the late, self-described provocateur's opinions.

Breitbart speaks at a couple places where people are drinking (most notably New Orleans and a restaurant with a full bar behind him), and he says that if he hadn't been so drunk throughout college, he would have "joined the left."